By Chuck Wigzell on December 21, 2015 in Kona Fishing Report

Had double half day trips today.  Morning trip Jim and Rocky had a 3 year old out with his parents.  Caught kid trigger fish before heading in to the harbor. The small tuna’s were not biting at the Fad’s and the parents did not get any big fish trolling to and from the buoy but thats how it go’s some times.

But the afternoon trip lit up.  They caught two spearfish and released a blue marlin trolling lures. 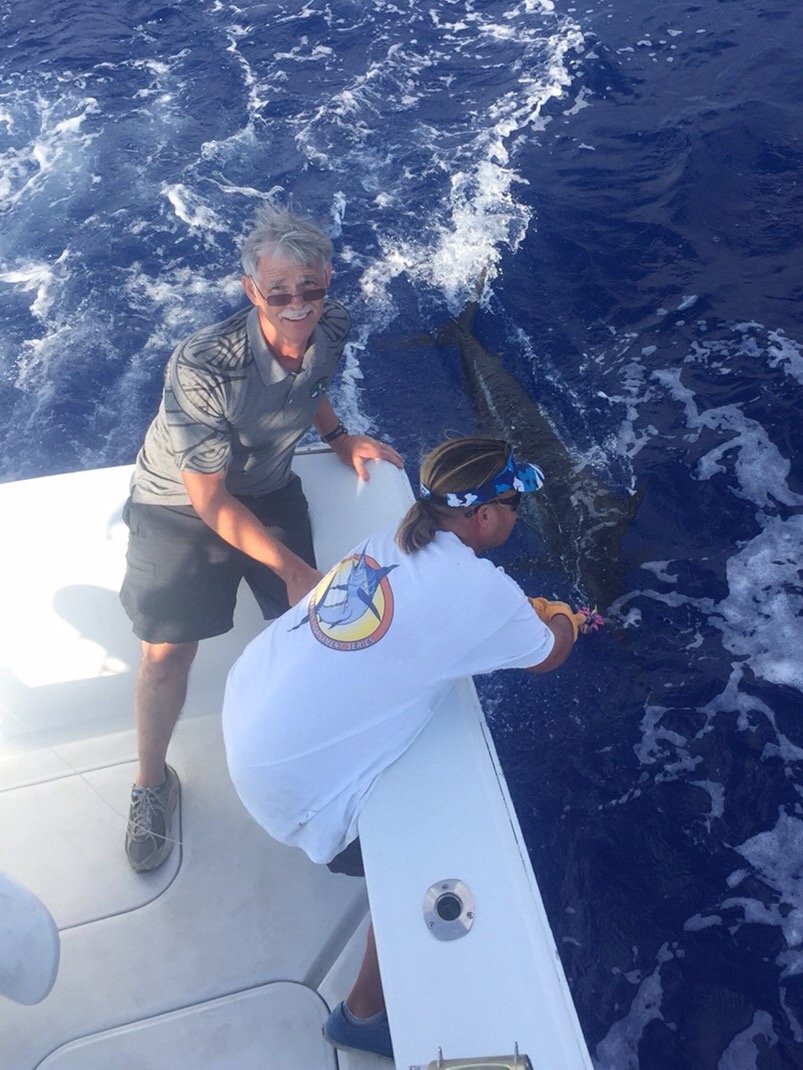 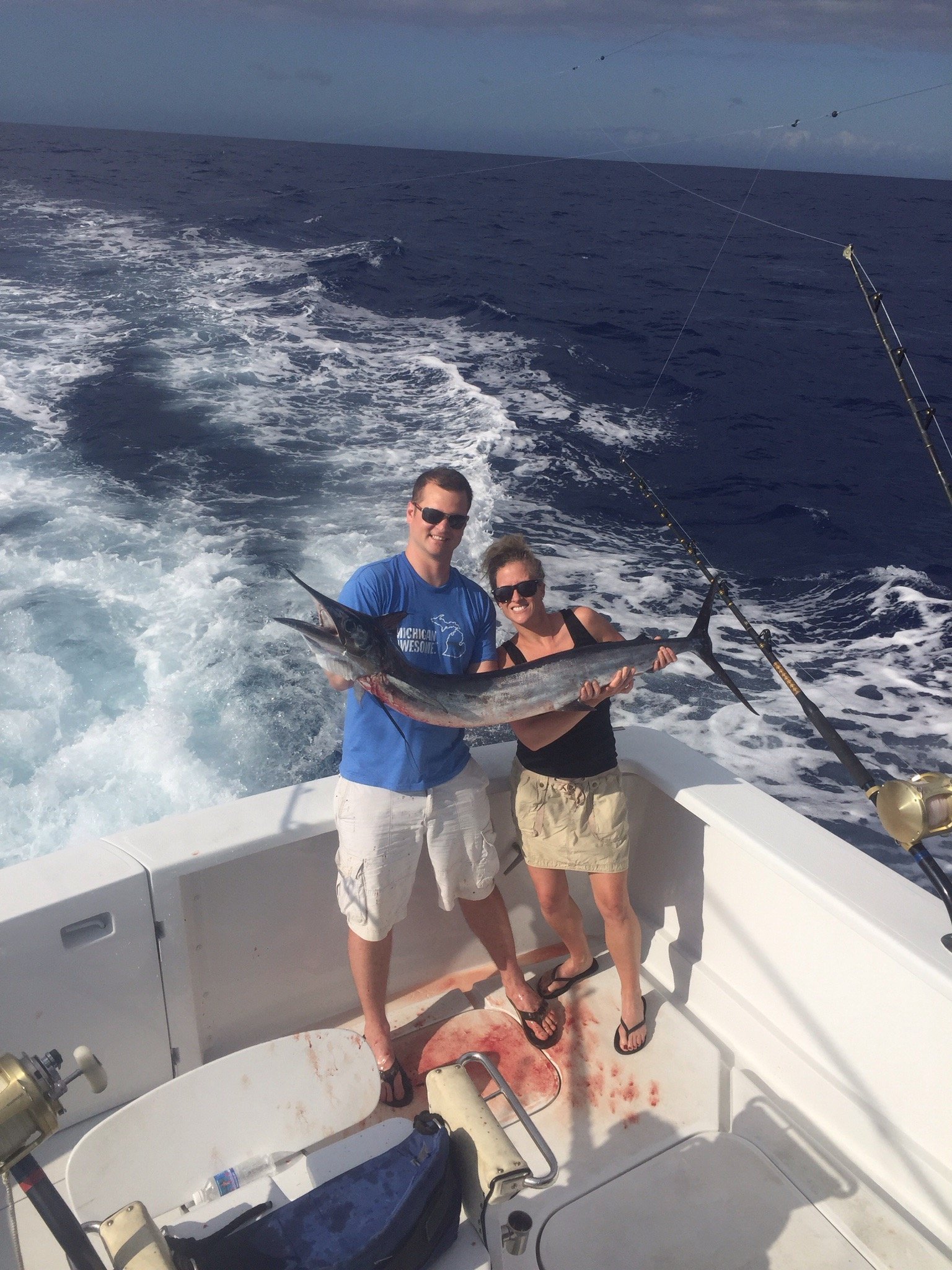 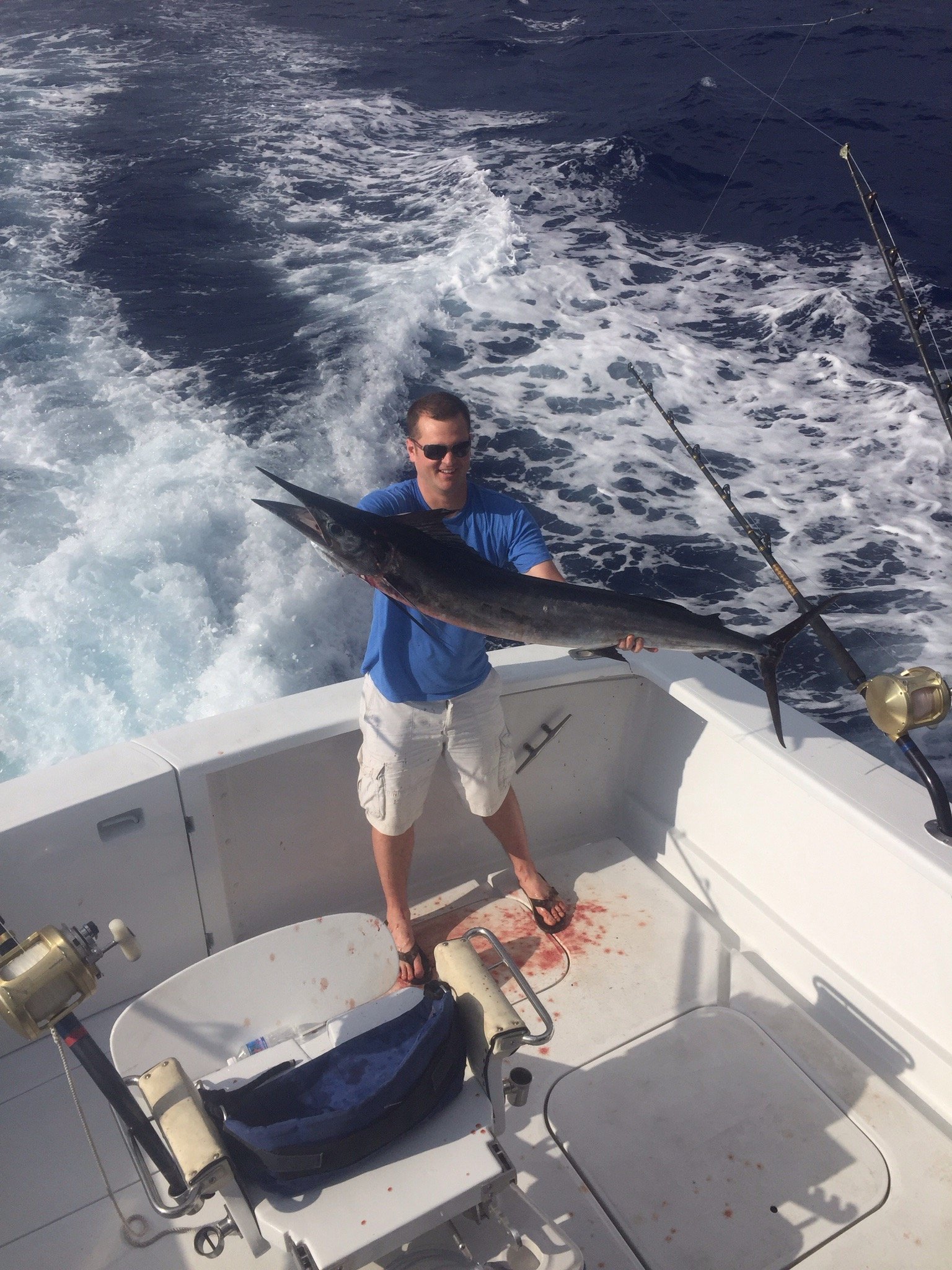