By Chuck Wigzell on September 26, 2015 in Kona Fishing Report 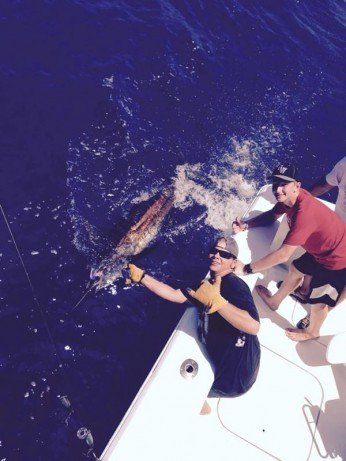 8-18-2015
Had two half day fishing trips.  On the morning half we got a spearfish to leader then pulled hook before the capture.  But IGFA now says once deckhand touches leader its a caught fish.  The we ended up missing another spearfish. On the afternoon half or second half we released a blue around weighing around 175 pounds. On the way in we got to see Northern Lights 2 weigh a 1075 Blue Marlin.  Been one of the best years in a long time for big marlin catches off the Kona coast.